Picking Up the Liability Check 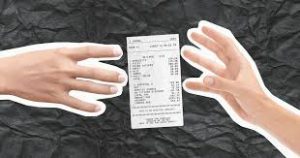 Managers and Supervisors are Penalized for I-9 Violations, Too

Often times we see the hiring process is completed by internally-trained human resource personnel, including mid-level and lower level management. These individuals, while competent, have not received specific training on full compliance with immigration regulations and how to correctly complete a Form I-9. Typically, training is undervalued because managers think owners and CEOs are really the individuals on the hook for noncompliance or that E-Verify and electronic I-9s cover any liability, both of which are false.

Criminal indictments for immigration regulation violations do not stop with the business owners; they flow through to anyone involved in the company’s hiring process. As ICE has done in the past, it will continue to target “employers, owners, CEOs, managers, supervisors, and others in the management structure of a company.”

The first step, and perhaps the most crucial one, in reducing your liability for violations of immigration regulations is to train your Human Resources managers and everyone in the hiring process who should understand what compliance requires.

We have compiled a small set of cases (below) where company managers and supervisors have gotten in trouble for noncompliance with IRCA hiring regulations, including hiring unauthorized workers.

Size and industry type do not necessarily insulate employers from ICE Worksite Enforcement. On April 8, 2016, a federal jury convicted two waste disposal company managers in Houston, Texas, for employing undocumented workers. Each manager faces a mandatory 24-month prison sentence and could spend more than 10 years behind bars in addition to a possible fine amount of more than $250,000.

The company did an internal I-9 audit before being indicted; untrained managers largely ignored the audit recommendations and continued to employ undocumented workers. Internal audits are only helpful if they are conducted along with training for those dealing with I-9s and immigration compliance by those who are experienced in the field. These untrained managers, and likely others will now be going to jail for not recognizing the importance of immigration compliance and training.

2. Mid-Level Managers Caught in the Middle of I-9 Worksite Enforcement: Company Forfeits Millions of Dollars in a Non-Prosecution Agreement with the Government While Middle Managers and Supervisors Have to Defend Criminal Charges Against Them On Their Own

In 2010, US Immigration and Customs Enforcement began investigating the employer for potential Immigration Reform and Control Act violations, including errors on the I-9 Employment Eligibility Form and employing workers who allegedly did not have the authorization to work in the United States.  What began as a “simple” I-9 audit has resulted, four years later, in drastically different outcomes for the company and the middle managers responsible for the hiring of the workers. One of the allegations against the company involved bringing terminated unauthorized workers back to work at Grand America as contractors through employment agencies.

Company Agreed to Forfeit Profits and To Spend $500,000 on Immigration Compliance in Exchange for Non-Prosecution Agreement

The company entered into a non-prosecution agreement with the government. In exchange for criminal prosecution, the government and Grand America have agreed that Grand America will forfeit approximately 2 million dollars to the Department of Homeland Security and spend nearly $500,000 to set up its corporate immigration compliance, including adopting new policies to comply with immigration law; incorporating immigration law compliance clauses into labor service contracts; re-training human resources employees on I-9 procedures; and agreeing to continue to use the E-Verify employment eligibility verification website. In addition, Grand America has agreed to retain immigration and corporate counsel to advise the company regarding hiring and immigration procedures. It is important to understand that only if the company complies with the terms of the non-prosecution agreement, neither the company nor its owners will be criminally indicted.

Grand America’s Middle Managers and Supervisors To Be Criminally Indicted

In contrast, Grand America’s “middle managers” and “low-level employees” who were allegedly involved in the hiring and management of the unauthorized workers, have not received protection under the company’s non-prosecution agreement with the government. Grand America’s mid-level management stands accused of rehiring unauthorized workers to work at Grand America’s hotel through several service contract companies. This brings flashbacks of the Tyson investigation, where plant managers were criminally indicted for immigration violations and labeled “rogue” employees by the owners of Tyson. Grand America’s middle management and supervisory employees were fired by Grand America. They will be criminally prosecuted by the government and will have to defend themselves without the company’s help.

As you can see by these examples, labor and immigration compliance is to be taken seriously. If you’re a hiring manager, it is imperative you find out whether your company is using best practices for the labor compliance process. If you are unsure after reviewing it yourself, ask for help, it’s much better to be proactive than it is to be indicted.

The prediction I have is this: Companies will begin to outsource labor compliance to 3rd party service providers who have the expertise to ensure they are compliant. This is, in my opinion, long overdue and it will happen for the same reasons companies outsource their payroll.

Check on your compliance processes today so you don’t get “stuck” with the liability check tomorrow!

Danielle Atchison, “Managers and Supervisors are Penalized for I-9 Violations, Too” June 2017 (cited in page 1), Corporate Immigration Compliance Institute Blog